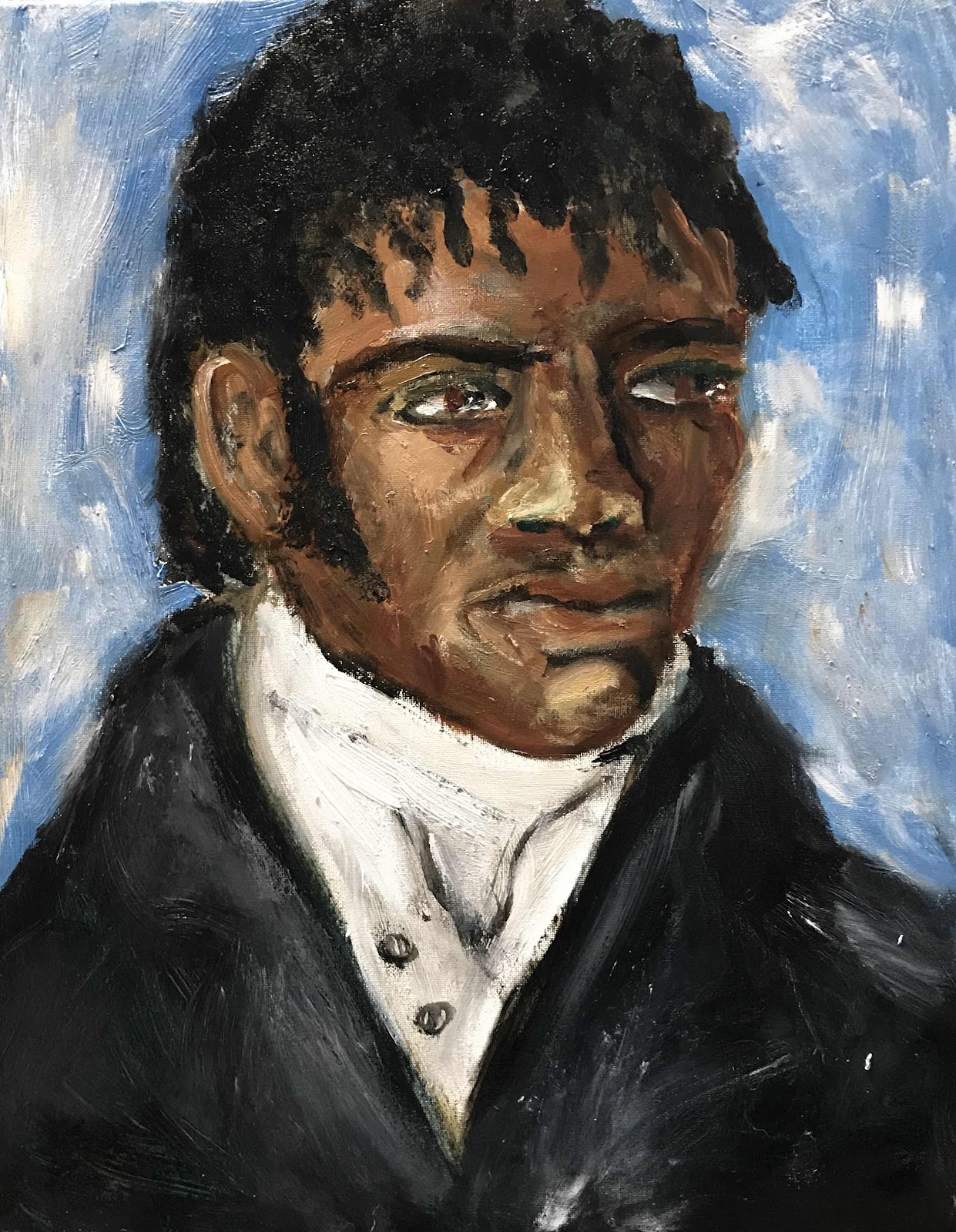 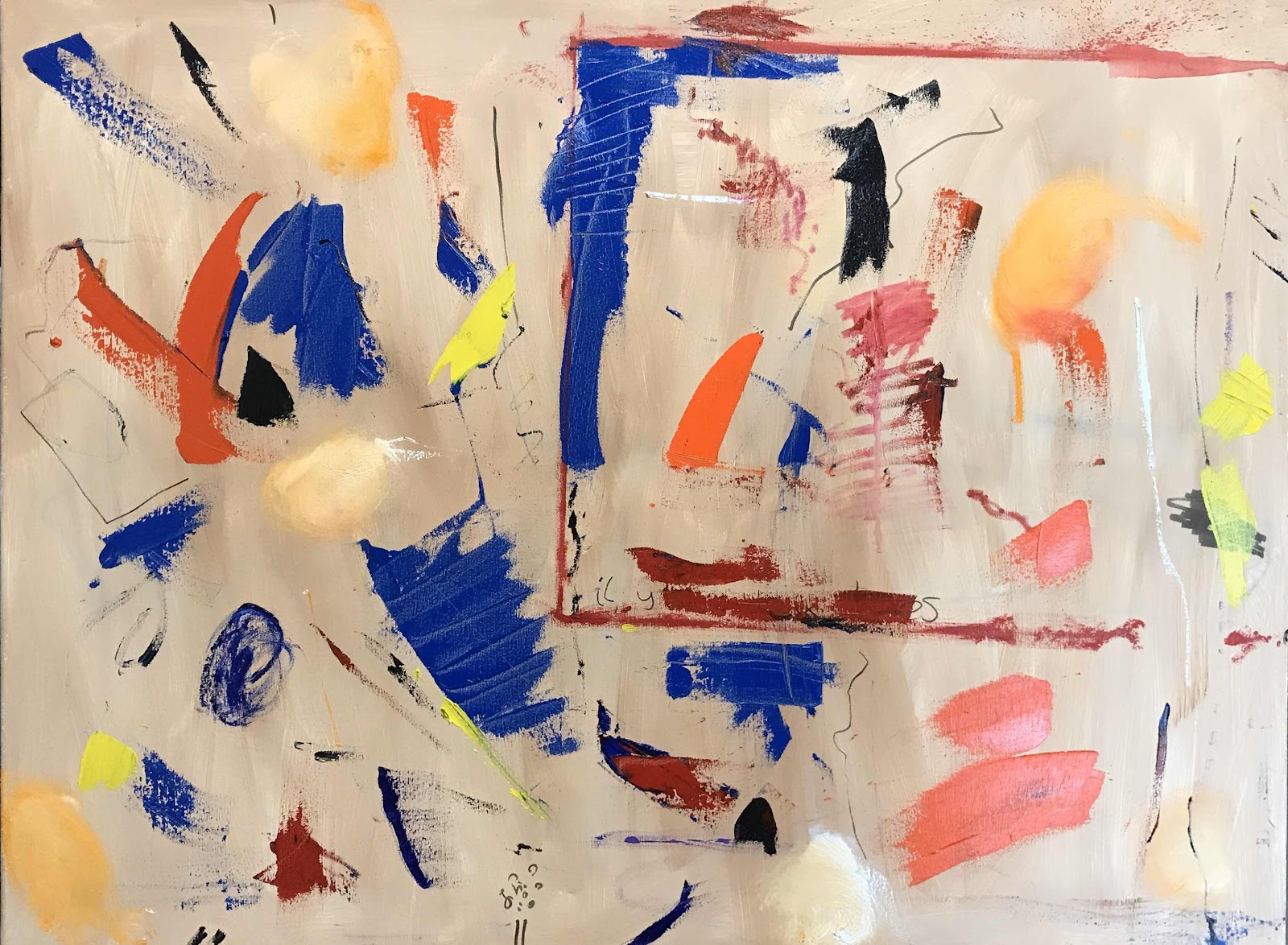 Bienventura Durruti led an anarchy communist army in the fight against fascism in the Spanish Civil War. I get the depressing impression that the Spanish Civil War is ignored and forgotten by young people which is sad. Many socialists of my parent’s’ generation- or perhaps a little older - went to Spain to fight to defend the elected left wing government from the fascist coup led by Franco and his army colleagues. A sad part of European history that served as a prequel to the Second World War, and a practice ground for Hitler who provided support for Franco, as they bombed and murdered many hundreds of thousands of innocent Spanish citizens. Many Catalans escaped from fascist Spain by climbing over the Pyrenees to safety in Catalan France. Not far from where I live. The bitterness still exists as is visible in Catalonia to this day. Durutti was executed by fascists, but remains a revolutionary hero. 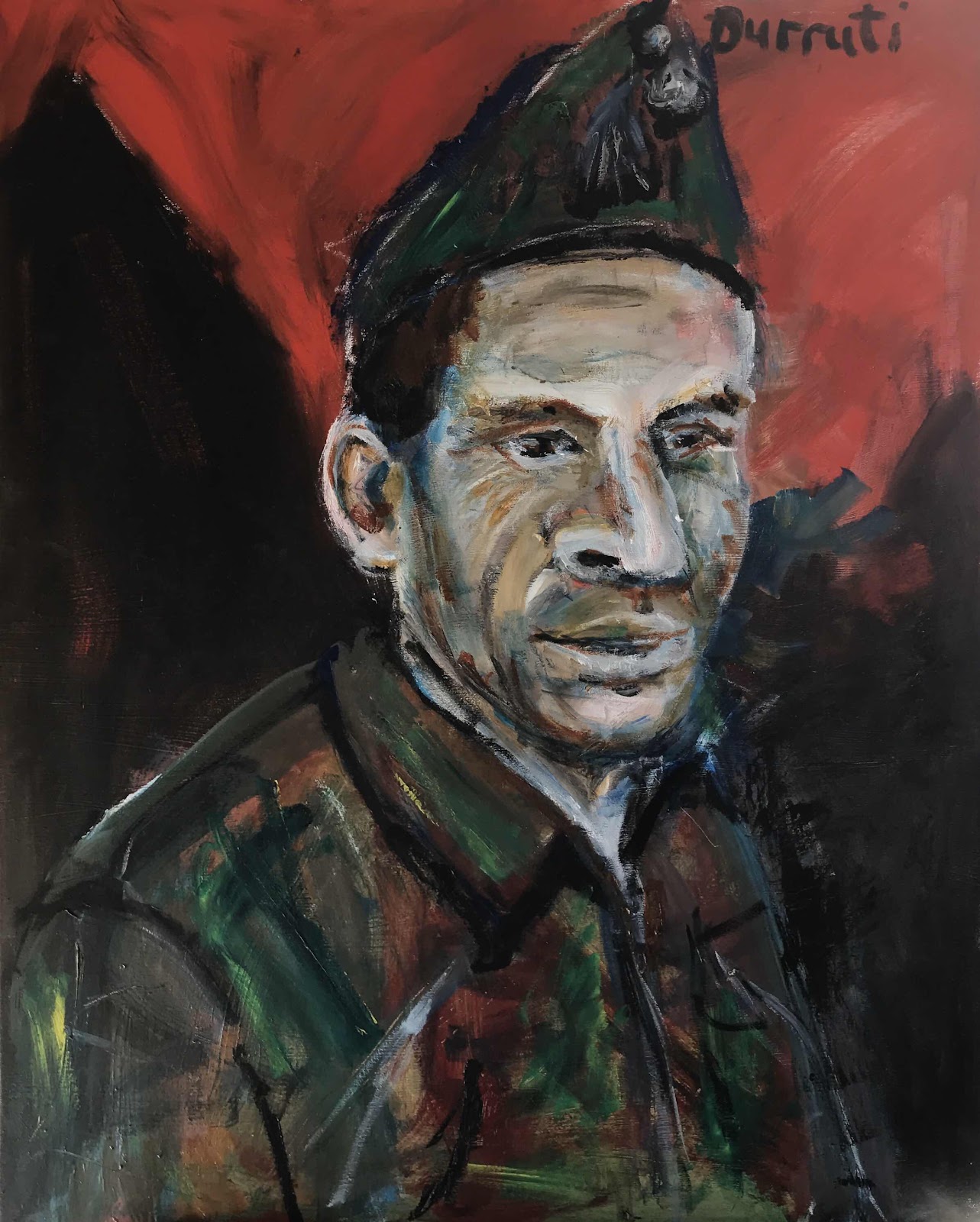 Finally finished my portrait of Sandino- great inspirational revolutionary leader in Nicaragua in the early 20rh century and inspiration for later revolutions in Nicaragua. And of other Latin American revolutionary action against CIA  backed corrupt governments in the region. And the great Clash album too. It has been good to be painting again after being unable to for a while because of the return of arm and shoulder pain. Thankfully that’s gone and now I’m just suffering from m foot/ankle pain which doesn’t prevent me from painting. No brushes between my feet! 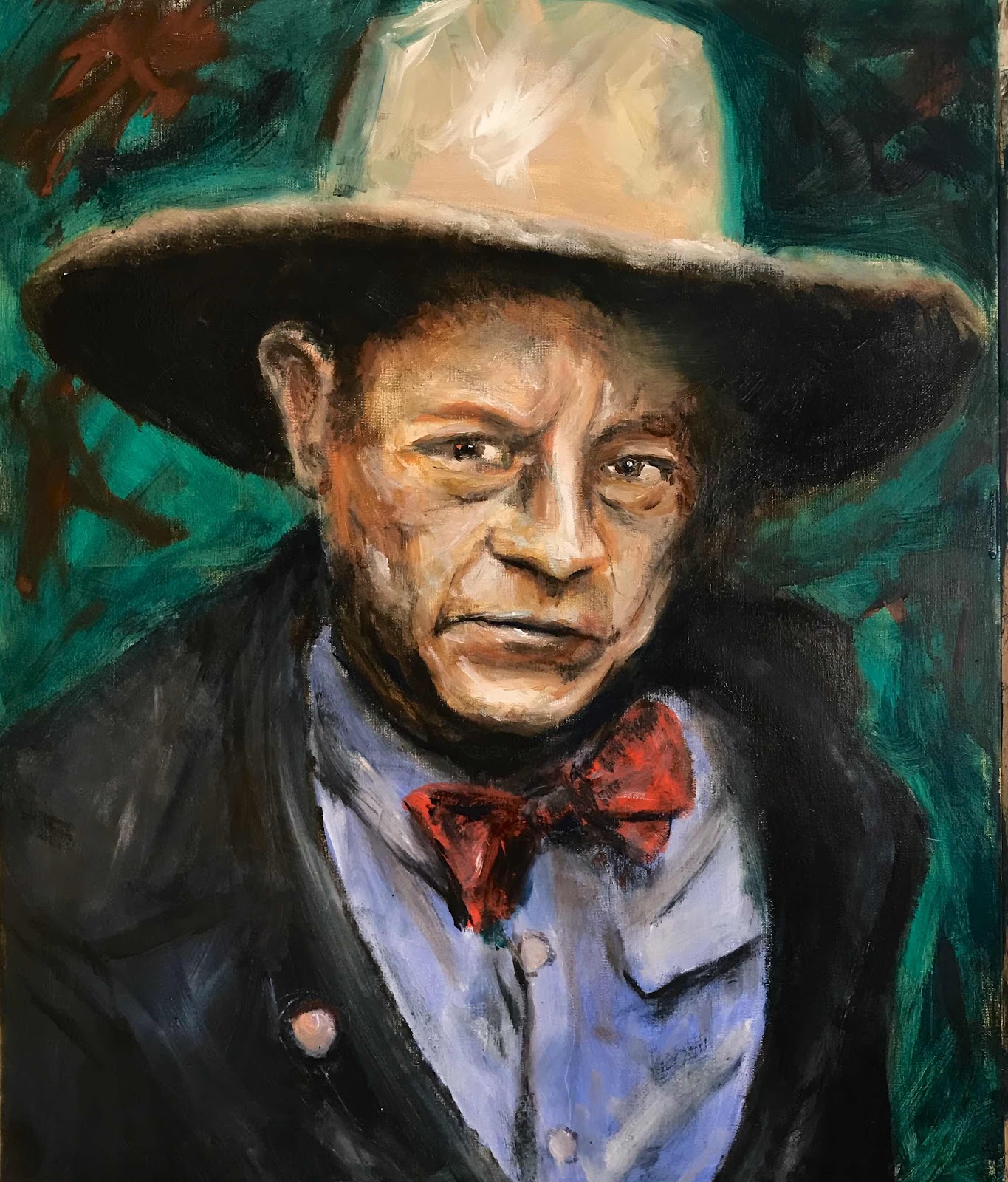 One of the issues I have in continuing with my series of portraits of revolutionaries is finding interesting enough photos of people who I am interested in because of what they have done. I don't just paint people because of what they have done and because I find their lives, writings or place in history, I have to find a photo of them interesting enough to inspire a painting. A big problem here is the large number of bearded white men involved in the revolutionary history.  I am reading about people from all periods of history from all around the world, but as everyone knows it is a lot of men writing about men. And in fact a lot of white men writing about white me. And I am beginning to think a lot of bearded white men writing about bearded white men.  Especially when you get to looking at revolutionary Europe in the 19th century. Here's just a few: 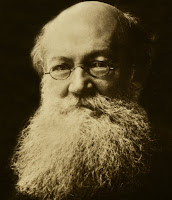 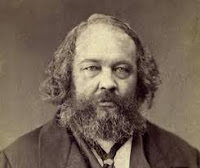 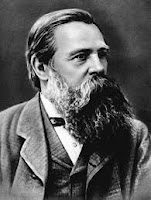 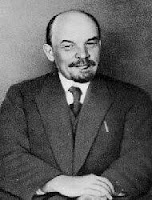 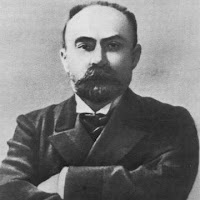 I am sure you recognise a few of these - the obvious ones such as Lenin and Marx at least - but the others? I was looking for a portrait of Pavel Axelrod you can see him amongst the guys above - the bearded white guy ... OK the 9th of the photos above, just after Martov and before Lenin. His story is quite interesting and different and he isn't well known, so I though maybe I could add him to my list of potential portraits. But no. Just another bearded white guy. I like that photo but I have had enough at the moment of bearded white men as subjects. So what I am working on is another man - but not with a beard, and not European. Sandino.  Outline sketch below: 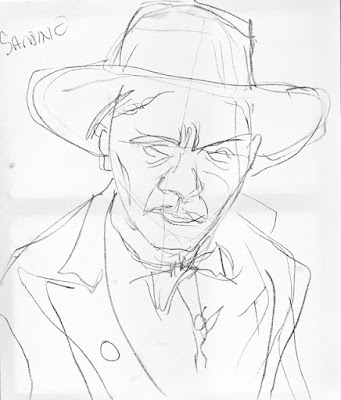 This blog is finally catching up with the portraits I have done but not shared. I am just getting back into painting and drawing again after my summer of pain. Shoulder and arm and knee pain have reduced to acceptable levels - now I only have my ankle and foot to deal with. X rays on Tuesday to see if there’s a break. So here is Nadezhda Krupskaya a recent portrait I have done. she was a leading player in the Russian Revolution and was at one time Chair of the Russian communist party- as well as being the wife of Lenin. 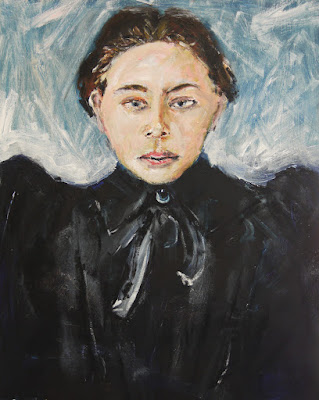 
Below is a photo I took last year in the National Portrait Gallery in London: 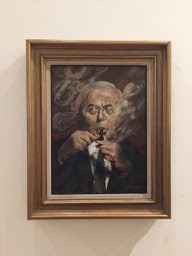 A portrait of Harold Wilson by Ruskin Spear . A great piece of art, a great painting. I love it. Is my photograph of the painting art? Of course not. No one could say that. It’s a photo of a piece of art. Yes?


I don’t think that’s controversial. No here’s another photo I took, this time in Barcelona: 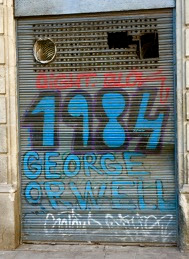 Is my photo art?  Or just a photo of someone else’s creativity? There is at least one photographer selling his photos of other people’s graffiti. Hmmm. I know of another one who likes recording graffiti everywhere in homage to the graffiti and the graffiti artist. He doesn’t sell his photos, he just shows them on Instagram. He does it because he likes doing it. He has even less followers than I do and just does it for fun. He doesn’t think he is creating art, he thinks he’s recording art. I agree. Somehow photographing other people’s creativity doesn’t feel like art to me. It’s clear to me that there’s a difference between creativity and recording. And the fact that one person does it on their mobile phone and the other does it on a fancy SLR camera doesn’t make any difference. To me selling your photography of other people’s artwork without giving any credit or royalties is tantamount to plagiarism. So here’s one more photograph:

It’s a portrait I did of my dad, Dannie Abse, several years ago. Today would have been is 96th birthday 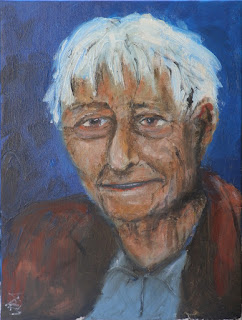 Well to start with I have downloaded a mobile app to encourage myself to do more on this blog. I tried this once before and it didn’t work but hopefully this app will be better.
Secondly (in reverse order in case you hadn’t realised) I have had a painful summer. First my knees went- I have put on so much weight and my arthritic knees couldn’t take it. Injections of artificial cartilage eventually cured this. But then the return of tennis elbow after four years crippled my arm and this unsurprisingly spread back to my shoulder. Aaargh. And I won’t even mention my sprained ankle. Oh ok I will.
Before all that I managed to carry on with my portraits series. 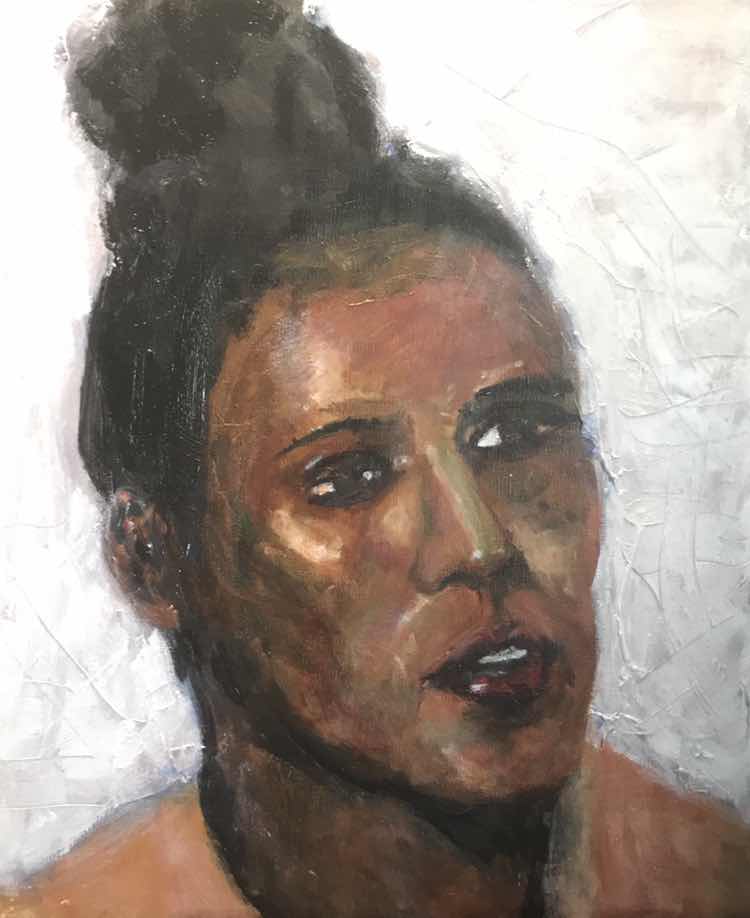 Above is Elaine Brown- former Black Panther leader. She was for a while chair of the Panthers and their education officer. To this day she’s still a political activist and should for Senate in 2008 for the Green Party. 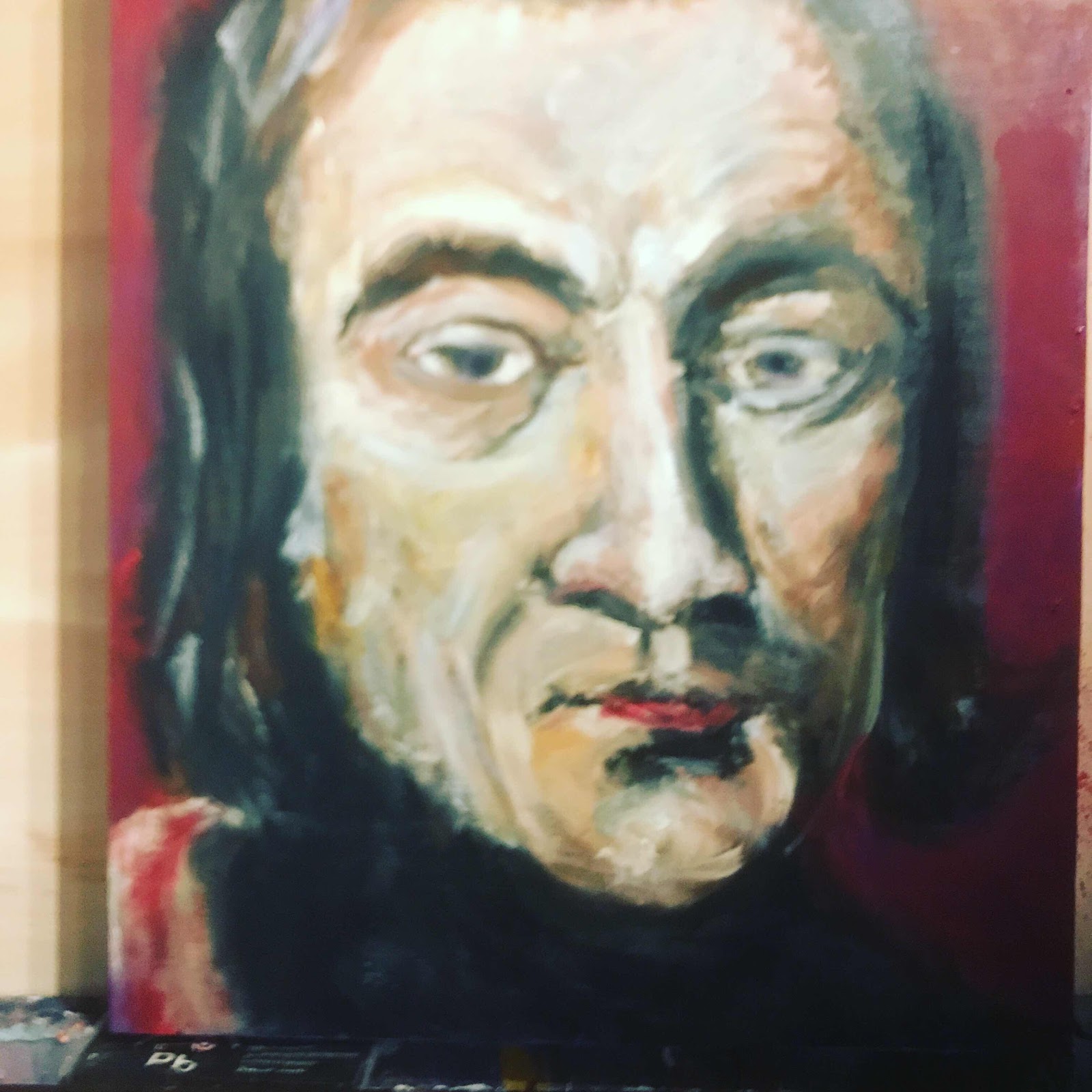 The painting above is of Welsh Socialist, reformer and a founder of the cooperative movement Robert Owen. I painted this alla prima - wet on wet. I think I need more practice with this technique, it’s hard but in many ways more rewarding- more accidents- more intense. It  is so different to adding glazes, layer over layer. Generally I find myself somewhere in the middle of this!
Last but not least: 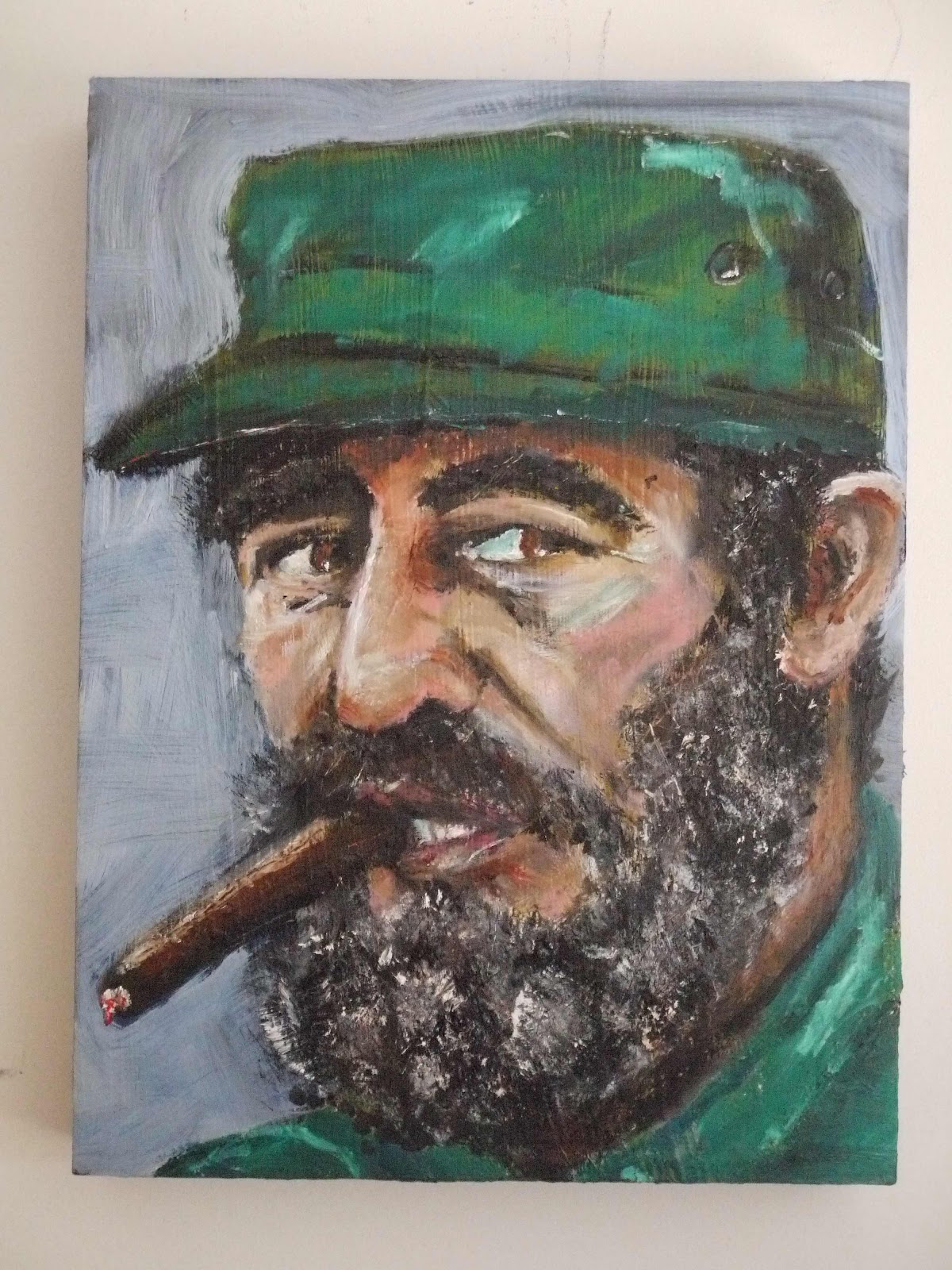 I am really doing something wrong if you don’t recognise Fidel Castro above, and if you have no idea who he is- READ!!
Back soon with some other recent paintings.
Posted by David Abse at 13:27 No comments: 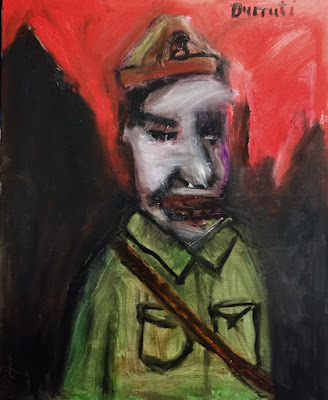