For the past six months or so I have been suffering from pain in my shoulder. This started after sleeping on a very hard bed in a hotel in Gerona. The pain was awful at first, but diminished after some osteopathy and some prescription meds. The doctor assumed I'd torn a muscle and sent me for physiotherapy which I had twice a week for 12 weeks - and this enable me to carry on working all summer with (see www.purplecatpiscines.com)  my swimming pool maintenance business with discomfort but not unbearable pain. I carried on with a regular dose of paracetamol. The physiotherapy stopped roughly the same time work petered out as summer faded away. Since then the pain has built up, and it has been harder and harder to do things - like painting. And lifting. And reaching up high. But still. Anyway, the doc sent me for a CT scan, an x-ray and an ultrasound. The radiologist looked at all that and said "Hmm, there's something bizarre there, I better send you for an MRI"  - which I had today. And now they have finally diagnosed me as having Parsonage Turner Syndrome. It means my muscle, fat and other stuff in my shoulder has atrophied, and it's all inflamed. I guess this isn't as serious as it sounds, but at least it puts a label on it and explains the bloody pain! The annoying thing is it will take ages to go away - there's no cure, but it does resolve itself. Minimum time is within 6 months, maximum 5 years. For men in their fifties - i.e. me - the average time it lasts is 3 years. Bugger. And I will need more physio.  And painkillers. I'm going to need to work out how to live with this better than I am. Moan over. Until next time. And obviously the one after that. It also explains my lack of painting productivity. It's hard painting when it hurts - and I really am useless with my left hand. 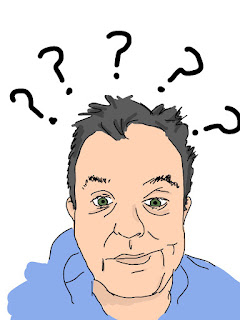 We live in interesting times. However, you do know this is a curse "May you live in interesting times *spit*". Today Americans are voting for their president. As I write it could either be Hillary Clinton, or Donald Trump. Jesus. Donald Trump - how did that happen? The stupid Brexit vote showed frightening levels of stupidity in the UK, but Trump trumps that. Whether he wins or not a lot of people are going to vote for him. Why? I keep hearing he's "not part of the establishment" - of course not, he's a multi-multi-billionbaire. "He cares about the ordinary folk". Don't be ridiculous, of course he doesn't. He despises "ordinary folk", and all he cares about is whether you vote for him or not. I fear, like many others, that he's a fascist-in-waiting - but it's hard to be sure because his whole campaign has been based on getting stupid white men (as described by Michael Moore) to vote for him. He has gambled on their being enough white racist sexist idiots to sweep him into power. And as someone once said, you don't lose on gambling on people's stupidity. In the UK they read the Mail and the Sun and vote for Brexit, in the USA they watch FOX and vote for Trump. Meanwhile in Russia there's Putin, in France and elsewhere in Europe the right-wing racists are gaining support, and out in the middle east crazy people are supporting ISIS. What the fuck? When did everyone decide to be morons? Did I miss a meeting?

Anyway, here's a new painting. "Tattoos of Memories". As usual the title is a stolen lyric, randomly taken from my painting soundtrack. I hope you have the time of your life. Or at least an "interesting" time.