So here's my newest things: both the same size, 100x100cm, but not a lot else in common. First a painting following on in the abstract drippy style I have been using recently. This one is called "Life During Wartime" - after the Talking Heads song - "This ain't no party, this ain't no disco". 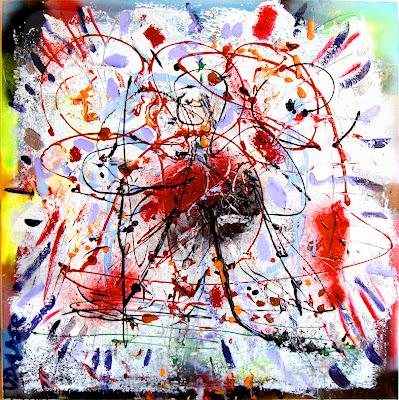 The second is work in progress. We had a nice visit (as we like to do regularly) to Ganges market this morning. As I often do i started sketching the stalls and the people around me. No musicians today, but as usual some interesting Cevenol faces. I see people who could be characters in Tintin books. And others who could be in the Fast Show. So I decided I would like to turn a couple of sketches into a composition. And so this is how it has started out. 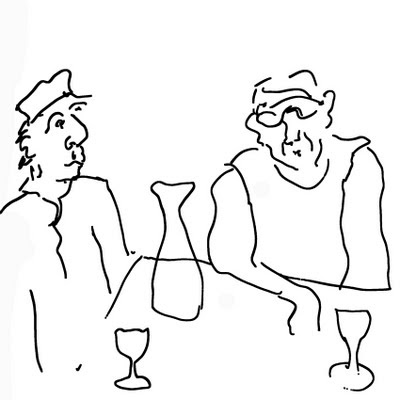 Part of me wants to leave it like this. But that's why I have photographed it, so I don't lose the drawing - I like its freshness. A bugger to photograph because of the thin lines on white background, so have played with photoshop to make it right. The lines are a bit thicker than the original so that they can be easily seen.
Posted by David Abse at 20:22