Profiting from genocide is evil 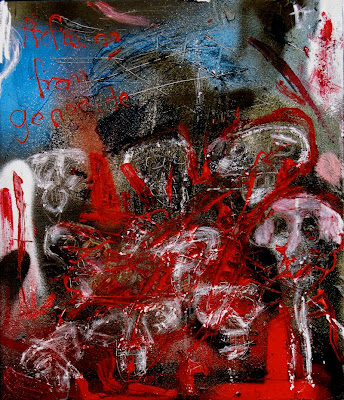 RedBubble are still hosting the obnoxious HipsterHitler, and censoring criticism, still arguing this is 'freedom of expression'. As someone said - genocide is the ultimate repression of freedom of expression. There is nothing funny about genocide, there is nothing clever about making t shirts exploiting idiotic American teenager's lack of education and understanding. Profiting from genocide is evil - no they're not selling guns, zyklon B: they're just making t shirts. And selling them. "eastside westside genocide" . "deathcamp for cutie". And more. It disgusts me. But at least it's causing me to create some angry protest art.
The first one is  "Profiting from genocide is evil". 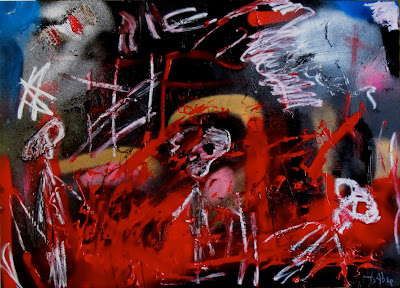 The second is "If you tolerate this".
Posted by David Abse at 16:59