Alien invasion in 2013. You heard it here first. Well that's my world currently. It started on iPad some time ago - alien creatures appearing in my Brushes drawings, and now they have spread to my canvas. It all makes sense - this is what the Mayans were predicting - the end of the world, no - but look at their drawings, their markings on mountains and plains. Or rather, the Nazca marks. Were they the Mayans? "No you idiot they were the Nazca". Isn't that some sort of American car racing thing? "No that's Nascar, you fool". Ah well, there's some sort of alien life form invading my art world, and I like it. 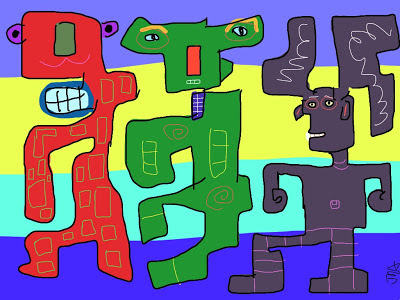 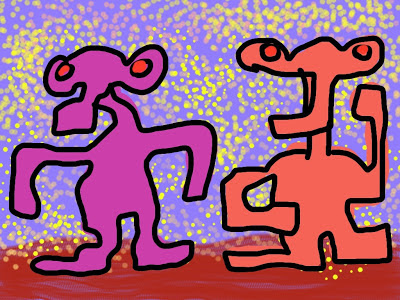 And here's some new alien paintings - the first one larger on wood and the second one smaller, on canvas:
More, as usual, on the website, at www.davidabse.com, when I've uploaded everything.
Posted by David Abse at 17:51