For most people today's date has a significance of some sort. Mostly it's 9/11 or occasionally the anniversary of the assassination of the democratically elected socialist Chilean leader Salvador Allende  during a CIA sponsored coup (Unless of course if you want to believe the CIA version that he committed suicide - with a gun in his back from 20 yards away).

For me it has always meant something else - the birthday of my mother, Joan Abse. My mother would have been 86 today, if not for the terrible car accident that took her life, over 7 years ago now. Anyway, here's some flowers for my mum. I hope she would have liked them. 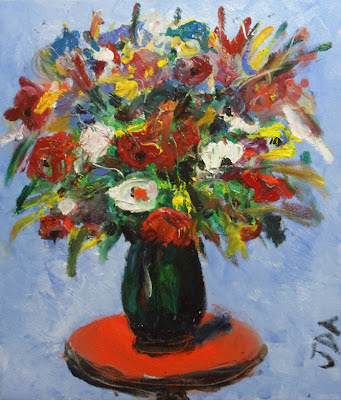